Charlotte has a rich history steeped in the discovery of gold and the pride of Scots-Irish settlers. The Queen City was founded in 1769 and named for Queen Charlotte, wife of King George III of England. Now the nation’s second leading financial center, Charlotte was originally built at the crossroads of two Native-American trading paths. The intersection of these two paths, now major streets, is known as the heart of Charlotte – “Trade & Tryon.” 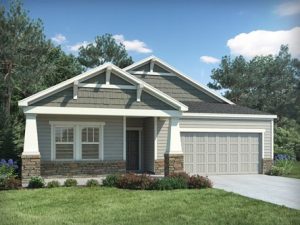 Solena @ the Vineyards by Meritage Homes

Solena is a beautiful new community of ranch plans featuring HOA-maintained yards and resort-style amenities with access to Lake Wylie.

Resale Communities in the Charlotte Area